1. Introduction
At present, one of the ongoing challenges facing human society is to continue to provide energy in usable forms such as electricity while there is a growth in population and global warming are increasing. Under these circumstances, the utilization of renewable energy resources has become a global strategy for sustainable energy use, which is of particular importance for coping with increasing stress from the energy crises and global warming.

1.1 Introduction of Parkia seed oil
Parkia biglobosa is known as the African locust bean tree or néré, a perennial deciduous tree of the Fabaceae family that grows to between 7 and 20 meters high in some cases up to 30 meters [1]. It is found in Africa mostly, it contains a pod, sweet pulp and valuable seeds. Most of this locust seeds are used for medicinal purposes. It is grouped under spermatophytes, and vascular plants. The tree is a fire-resistant helophyte characterized by a thick dark gray-brown bark [2]. The pods of the tree are referred to as locust beans, can be seen as pink in the beginning and turn dark brown when fully mature. They are 30-40 centimeters long on average, with some reaching lengths of about 45 centimeters. Each pod can contain up to 30 seeds. The fermented seeds are used throughout Ghana and indeed the West Coast of Africa for seasoning, traditional foods [3].

Parkia species have found use traditionally as foods; medicinal agents are of high commercial value thus biogas production [4]. The fruit pulp of the species is eaten as food. The stem bark is employed in wound healing, while the wood is used for canoes and planking [5]. Ojewumi et al. [6] studied seeds of various species of Parkia have been investigated for protein and amino acid contents where sixteen amino acids were identified in Parkia biglobosa with the high level of glutamic acid. It was also reported that reported that the protein efficiency ratio, net protein retention, net protein utilization and true digestibility of Parkia biglobosa seeds were comparable to those of groundnuts and palm kernel seeds. The composition of the seed oil of P. biglandulosa has been earlier reported. It was found that the oil contains oleic acid (39.4%), palmitic acid (8.8%), stearic acid (13.3%) and behenic acid (39.4%) in an Indian variety. Human consumption and pharmaceutical consumption can cause shortage of oil production.

3. Aim/Objective of the Research
The objective of this study is to investigate the feasibility of using Parkia seed oil as a new potential non-edible feedstock for biodiesel production. The specific objectives of the study include;

4. Significant of the Research
With the shortening and increasing scarcity of known petroleum reserves which has made renewable energy sources more attractive and significant, the outcome of this study is to sell out Parkia seed oil and promote it cultivation. The study will also draw focus to other non-edible oil for biodiesel production. The study is also believed to bring enhancement and reduction of greenhouse gas emissions, regional development and social structure, especially to developing countries. The study is also fore saw to bring a balance between agriculture, economic development, and the environment. It is also expected that the methyl esters will help improve the lubrication properties of diesel fuel blend which will subsequently help reduce long term engine wear in diesel engines since biodiesel is said to be a good lubricant.

5. Outcome of the Research
Is to use Parkia seed oil to produce biogas energy with increasing stress from the energy crises.

6. Expected Results
The study is expected to cover the process of Parkia seed oil biodiesel production including synthesis of the catalyst, monitoring of the biodiesel production, the most enhanced method for the production of biodiesel and the efficient method for the biodiesel purification using. It is expected that the result of these studies will create the awareness and consequently enhance the cultivation and comprehensive use of Parkia seed oil. The study is expected to contribute knowledge to the scientific world. It is also expected that at least two or more publications will be obtained from the studies.

7.3 Transesterification of crude Parkia seed oil
The crude Parkia seed oil will be dehydrated at 140°C under vacuum in the rotary evaporator for 2 hrs. The dehydrated crude Parkia seed oil with a specified amount of dicationic functional ionic liquid catalyst will be mixed with excess methanol to form a homogenous reaction system in 100 mL three-neck flask and refluxed for some time at a recommended temperature under stirring with a constant speed. The ionic liquid catalyst will be available in the lower liquid phase. Mixture of methanol and glycerol will then be separated from the lower oily liquid phase by decantation. After draining off the glycerol, the upper mixture will be washed twice or more with 1:1 volume of water to remove excess methanol to achieve the target product.

7.4 Alkali-catalyzed transesterification
Methyl esters of Parkia seed oil will be prepared by refluxing the oil at a preset temperature with a certain volume of methanol containing the catalyst for 2 hrs in a 250 mL three-neck reaction flask equipped with a condenser. After the reaction, the product will be purified by neutralizing with 10% of sulphuric acid. The product will then be washed and dried under reduced pressure at a temperature of about 70°C with a rotary evaporator.

8. Product Aanalyses and Yield Determination
The methyl esters will be determined with GC-MS. This will be carried out on an Agilent HP-6890 gas chromatograph (Agilent Technologies, Palo Alto, CA, USA) with a HP-5MS 5% phenylmethylsiloxane capillary column (30 m × 0.25 mm i.e., film thickness 0.25 ?m; Restek, Bellefonte, PA). The identification of fatty acids will be performed by comparing the obtained mass spectra with NIST05.LIB and NIST05s.LIB (National Institute of Standards and Technology) libraries data provided by the software (AMDIS-Chromatogram) of GC-MS system. Biodiesel yields will be determined with 7890A gas chromatograph (Agilent Technology Inc. USA) equipped with flame-ionization detector (FID) and HP-5 capillary column (30 m × 0.32 mm × 0.25 ?m). Biodiesel yield will be quantified using tetradecane as the internal standard. The analysis of biodiesel for each sample will carried out by dissolving 1 mL of the sample into 5 mL of n-hexane and injecting 0.5 ?L into GC. The yield of the biodiesel will be determined using the following equation:

9. Experimental Design and Statistical Analysis
A three-variable and five-level central composite design (CCD) will be adopted and used in this study.

10. The Research Work and Progress of the Overall Arrangements/Research Plan
The research will take a year to acquire reagents; to synthesize four novel dicationic functional ionic liquids with an imidazolium structure for biodiesel production; to investigate the catalytic performance of transesterification of Parkia seed oil with methanol to biodiesel to determine the effect of the optimization of reaction conditions on the transesterification using the response surface methodology (RSM) to evaluate the properties and application feasibility of the biodiesel obtained from Parkia seed oil; and submission of report.

11. Feasibility Analysis
This study is unique of its kind and is intended to bring/ establish that Parkia oil as one of the potential non-edible oils for biodiesel production.

12. Limitations
Availability of high water usage concerning biogas production. High maintenance requirements will reduce the environmental benefits and increase carbon emissions and costs. Land use for Parkia tree will often compete with food crops, forest and urbanization. Food competition is ultimately the key social issue as energy crops will compete with food crops for valuable agricultural land. Taking waste wood from poor communities may remove self-sufficiency in areas where wood fuel is their only source of heat. 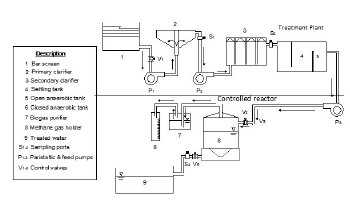 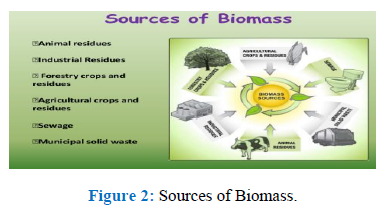 Figure 3: Parkia biglobosa can be found in the highlighted countries. 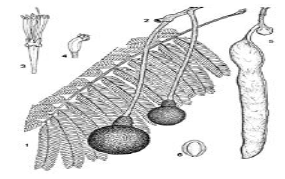 Figure 4: The plant of Parkia biglobosa.

Figure 5: Flow chart for the extraction of oil from Parkia biglobosa.

17. Conclusion
Biogas is yet to make significant impact in the energy sector in Ghana despite its potential for electricity, lighting (biogas lamps) and cooking in institutions, abattoirs and households. Biogas is a holistic approach to tackling energy crises in the twenty-first century. Professionals have proposed various ideas, plans, policies, and strategies and have implemented them in cities to achieve bioenergy goals. Government should play a role in promulgating supporting policies and strengthening the supervision and control of biogas projects. Emerging analysis is an appropriate method to evaluate the sustainability of alternative energy production, because it accounts for all inputs to the system. However, the generation of electricity does produce a product with higher energy quality and increased utility. Whether or not the conversion to electricity and the subsequent loss of sustainability is justified is a decision that needs to be made by the beneficiaries of the production system.

Duration of the Research
The research is made up of an experimental work and it will take a year for data collection and analyses.