Agriculture in western Kenya is dominated by crop-livestock mixed subsistence farming. Smallholders often intercrop maize (Zea Mays) with beans (Phaseolus vulgaris) and some grow sugarcane [1]. Maize is a staple food in western Kenya. Soil environment is manipulated via cultivation, soil fauna and application of organic residues which are among the factors affecting soil organic matter dynamics under cropping systems [2]. According to recent estimations, soil animals may represent 23% of the total diversity of living organisms that have been described to date [3]. Collembola spp together with other soil arthropods such as Acari species constitute an important component of soil meso-fauna in almost all terrestrial ecosystems [4], and are indispensable in decomposition of organic matter, maintenance of the soil physical structure and efficient nutrient cycling in the soil. In low-input agricultural systems, soil fauna have been found to play a crucial role in soil organic matter dynamics, in soil physical property improvement, and in nutrient release for crop production [5]. Tillage such as frequent ploughing and tilling is also known to adversely affect the biodiversity of arthropods and other invertebrates that inhabit the soil by destroying their habitat [6, 7]. The undisturbed agro-ecosystems offer suitable conditions for macrofauna interms of food and shelter [8-10]. 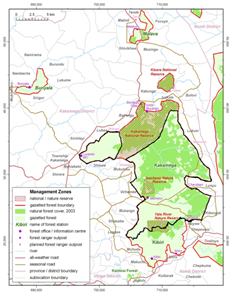 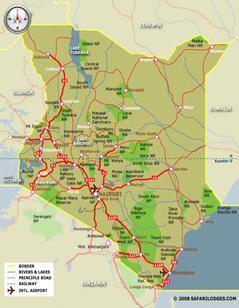 A completely Randomized Design (CRD) with nine replicates per treatment was used in the current research work. There were six treatments assessed and they included: maize and beans intercrop, pure maize, pure beans, tea, sugarcane and forest ecosystems. The forest acted as a control treatment. During sampling, the soil aguar core was gradually pushed into the soil up to a depth of 20cm below the surface and soil collected. A trowel was used to transfer the sample into clean polyethene bags. The polyethene bags were then labeled according to the site, treatment, replicate number, the extraction point and depth from which they were retrieved. The soil samples were then transferred to the department of the biological science laboratory at Masinde Muliro University of Science and Technology for soil invertebrate isolation. According to Bremner [11] a modified and improvised Berlese Tullgren funnel was used in soil invertebrate extraction. The Berlese funnel was made of metal with a diameter of 15cm and a wire mesh was fixed at the bottom together with a funnel. The soil samples were placed in the funnel and 75watts bulb was placed 15cm above the soil in the funnel. The organisms were extracted after 24hrs and placed in collecting vessels containing 70% ethanol. . Identification was achieved using a specialized dichotomous key from (palacio-vargas). The diversity and abundance of the invertebrates were then determined using the Shannon diversity index and Kruskal-Wallis test.

Approximately 1215 individual soil invertebrates were collected during the survey belonging to at least 29 insect species. They all belonged to the Orders Entomobryomorpha(454), Symphypleona(36), Mesostigmata(199), Trombidiformes(163), Oribatida(87), Isoptera(4), Hymnoptera(9), Podumorpha(239) and Acari(24).

3.2 Seasonal variation in diversity of soil invertebrates based on a Shannon diversity index (H’)

3.3 Composition of soil invertebrates by order and cropping system during wet season.

3.4 Composition of soil invertebrates by order and cropping systems during dry season.

Table 4: Species abundance and richness of soil invertebrates during the dry and wet season.

Table 5: Differences in abundance of invertebrates in the cropping systems determined by Kruskal-Wallis test.

The Shannon diversity index was higher in the forest (H’=2.81) followed by maize and beans (H’=2.29) while the least diversity was recorded in the beans farm (H’=1.78). It is possible to link the current results of diversity in human induced disturbances. In this regard, [1] observes that undisturbed land tends to have higher diversity than cultivated land. Moreover, disturbance caused by humans tends to reduce diversity of soil invertebrates. Conversely, the forest is less disturbed thus high diversity because the niches of soil invertebrates are not destroyed. Agricultural intensification may involve continuous use of inorganic fertilizers to replenish soil fertility [12, 13]. The Continued use of inorganic fertilizers has been shown to interfere with soil pH and soil texture. It also interferes with niche of micro and mesofauna which are somehow involved in nutrient recycling [14, 15]. Some soil organisms have been found to be negatively affected by the intensity of agricultural activities [16]. The present assertion is supported in part by the findings of Launga-Reyrel and Deconchat, [17] and Rosilda et al., [18], where groups of soil invertebrates responded to changes in soil conditions and land use. It is possible to attribute the current trend in diversity to the intense use of inorganic matter in the soil. Shade, high soil carbon, high organic matter and nitrogen have a significant influence in supporting most of soil mites and soil Collembola [19, 20]. Altogether 1215 individual soil invertebrates were collected during the survey belonging to 29 different species were recorded during the study. These were collected during the wet and dry season. Regarding preference by individual insects to the demarcated farms, Maize farm had the highest abundance of 286, followed by forest with 283. However, the lowest abundance was recorded on a sugar cane farm with 83 individual arthropods in the farm. It is possible that the high abundance of arthropods in the forest was occasioned in part by less human disturbance whilst it is possible that mites were recorded on a maize farm due to the availability of their food. On the other hand it is also possible that residues of maize plant in the farm contributed to a larger extent to litter in the farm and food for mites thus high abundance of mites in maize farm. Soil mites also contribute to the maintenance of soil structure and fertility. Studies done by Coleman and Crossley [21] show that mites influence decomposition by grazing on fungi and other soil organisms, thus promoting the formation of humus in the soil.

Oribatid communities seem not to be affected in different cropping systems and forest. Stability of Oribatid mites may be due to ability of them to change their diets best on food resources that are available [22, 23]. Niche differentiation among different trophic groups may, in part, contribute to the high diversity of soil Oribatid mites [24] and this may be the reason why they are able to appear in all cropping systems and forest. The low abundance of soil invertebrates in sugarcane and tea farms may be due to frequent application of chemicals that are used to kill weeds interfere with their population. Application of herbicides may affect arthropod community dynamics separate from their impact on the plant community and may influence biological control in Agro ecosystems [25]. Burning of harvest remains in sugarcane farm may also have contributed to the low abundance of invertebrates because fire kills and destroy habitat of some soil organisms. The vast majority of species were collected during the wet season compared to the dry season when the temperatures were a bit high. The reason could be that some species either hibernate or cannot survive when the temperatures are a bit high. The temperature could have affected the distribution of some organism like the mites in the order Mesostigmata. In this study they were more abundant during the wet season compared to the dry season. Increase in temperature affects distribution of some species of Mesostigmata [26]. However, regarding the demarcated and/or considered farms for analysis, a majority of species were recorded in forest as compared to the farms (sugar cane, pure beans, pure maize, tea, maize and beans intercrop). The ranking in species per farm was followed by maize and tea farm (s) respectively. The lowest number of species of arthropods in our assays was recorded in the Beans farm. Regarding overall and/or isolated species richness per farm (s), it is possible that a high number of species in the forest was precipitated by less disturbance whilst availability of a variety of food to support different species. By and large human induced disturbance occasioned by activities like tilling the land perhaps interfered with the amount and location of food supply to the invertebrates thus in tilled land the species decreased. Macrofauna species richness and abundance are negatively affected by anthropogenic activities such as deforestation, increased intensity of agriculture and soil disturbance [27, 10, 28]. The stability of forest ecosystem also allows the evolution of species and makes organism reproduce and increase in population. There were more collembolan species in a forest compared to other farms. Soil Collembola are present in all habitats, but at different densities and diversity as this group of organisms are known to react to changes in land use [17, 18]. When land use practices are intensified there is a change compared to the original ecosystem and thus soil organisms have to adapt to the changes which will determine the ultimate community present after the perturbation. If ‘health’ of soil is maintained well then yield of soil increases, hence above-ground and belowground ecosystem is also maintained [29]. Finally, our results suggest that composition of soil invertebrates among cropping systems might differ given seasonality influences.

The study demonstrates that undisturbed ecosystems have highest diversity and abundance of soil invertebrates than the cultivated ecosystems. Cultivation, excessive use of inorganic fertilizers and herbicides may hinder the distribution of soil microorganism. Stable habitat tend to allow evolution of species hence increase in diversity.