Objectives The role of Dispatcher Assisted Cardiopulmonary Resuscitation (DACPR) has not been widely reported. The objectives of the study were to perform a systematic review and meta-analysis of observational studies addressing whether DACPR, compared with independent Bystander Cardiopulmonary Resuscitation (BCPR), increased the rates of BCPR, and whether they altered survival outcomes compared with no BCPR in Out-of-hospital Cardiac Arrest (OHCA).

Methods We searched the relevant articles from PubMed and Cochrane databases. The basic information and outcome data (BCPR rates, survival to hospital discharge, 1-month survival) were extracted from the included studies. Meta-analyses were performed by using STATA 11.0 software.

Conclusion This study found that DACPR resulted in significantly higher rates of BCPR as compared with independent BCPR in OHCAs. Considering that DACPR also resulted in greater survival rate compared with no BCPR, DACPR should be a standard protocol for EMS systems worldwide.

Cardiac arrest (CA) is the leading cause of death worldwide. OHCA has high incidence and low survival rate, and is the serious public issue [1]. Early cardiopulmonary resuscitation is the most effective measure to improve the prognosis of patients with cardiac arrest [2]. The introduction and development of the concept of  emergency medical services (EMS) has played a crucial role in decreasing mortality rates and returning to survival in OHCA [3].

The American Heart Association first included DACPR in its guidelines for cardiopulmonary resuscitation In 2015 [4], and it was strongly recommended that dispatchers instruct callers to perform simple chest compression on suspected OHCA adults in 2017 [5]. DACPR is mainly based on the Medical Priority Dispatch System (MPDS) developed by the International Academies of Emergency Dispatch (IAED), which has been widely used in emergency command centers in the United States, Britain and other countries.

A well-established EMS system has been set and greater awareness of regarding CA as well as cardio-pulmonary resuscitation (CPR) knowledge are among the general public and communities in North America and Europe. As a result, they may have a higher rate of BCPR and survival outcomes compared with Asia. One of the main differences in the EMS systems in most of the Asian countries and the western countries is the greater incidence of bystander initiated CPR and the availability of dispatcher assistance for bystanders. This can be invaluable in cases like CA where the prompt initiation of CPR might be the difference between life and death. However, the role of DACPR has not been widely reported, especially in the least developed countries and developing countries.

We performed a meta-analysis of observational studies to address whether DACPR compared with independent BCPR increased the rates of BCPR in OHCAs, and to determine if in patients with OHCA, the provision of DACPR as opposed to independent BCPR and no BCRP improved survival outcome.

This systematic review and meta-analysis was based on published articles in related topic from January 1980 to February 2017. The terms ‘dispatcher’, ‘out of hospital’, ‘cardiac arrest’, ‘cardiopulmonary resuscitation’, ‘bystander’, and ‘CPR’ were used to search the PubMed database. The Cochrane database of systematic reviews was searched using the terms ‘cardiopulmonary resuscitation’ and ‘dispatcher’. Further search using the terms ‘Asia’, ‘Africa’, ‘Australia’, ‘Middle East’ was done to ensure coverage of all the regions. Names of some of the countries where dispatcher assistance for CPR is provided, i.e. ‘United States’, ‘Canada’, as well as the PAROS nations ‘Singapore’, ‘South Korea’, ‘Malaysia’, ‘Thailand’, ‘Singapore’, ‘UAE’ and ‘Japan’ were also specified in the search parameters to prevent omission of articles. ‘China’ was used as a keyword to identify native Chinese studies. The search was limited to publications in English and in humans.

The inclusion criteria were as follows:

The exclusion criteria were as follows: 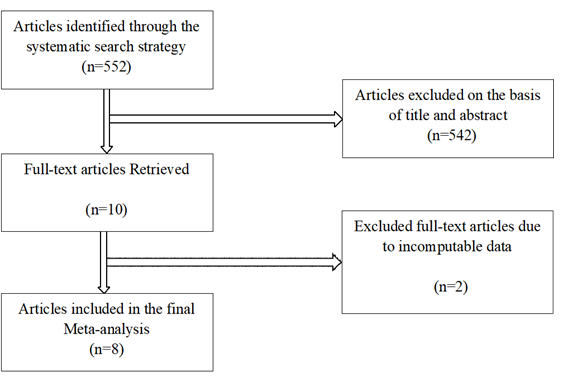 Figure 1: Selection process for articles included in the meta-analysis

The primary outcome was the rate of CPR (defined as initiation of CPR in out-of-hospital setting) by bystanders;

For the effect of dispatcher assistance on survival of the patient, the primary outcomes of the study were:

We originally intended to include survival till discharge from the hospital as the only primary outcome, but the paucity of data and lack of uniformity of outcome parameters in published articles compelled us to add other survival outcomes as the primary outcome. Survival till hospital discharge has been taken as the survival indicator wherever available, while 1 month survival has been taken as the survival indicator in the rest.

All statistical analyses of this meta-analysis were performed using STATA 11.0 software (Stata-Corp, College Station, TX, USA). Pooled odds ratios (ORs) and 95% confidence intervals (95%CI) were calculated by comparing DACPR group, independent BCPR group and no BCPR group. The heterogeneity was measured using the Q-test and  statistics, and forest plots were produced using the fixed-effect model when the P-value of the Q-test more than 0.10 and I2 value was less than 50%, otherwise, the random-effect model was used. Subgroup analyses were also performed by ethnicity, population and study type, to find the potential source of high heterogeneity between various studies.  The sensitivity analysis was enforced by sequential omission of individual studies. Begg’s rank regression and Egger’s weighted regression were used to estimate potential publication bias, and P value less than 0.05 indicated significance of publication bias.

Initially, abstracts of the collected articles were studied. A total of 552 articles reporting OHCA cases with pre-hospital intervention were further analyzed. Finally, articles with comparative study of DACPR, independent BCPR or no BCPR with parameters being of either rate of CPR or survival or both were selected for this study, resulting in inclusion of data from 8 original articles for the purpose of this analysis. 2 studies were from North America (1 from Canada and 1 from The United States) and 6 from Asia (3 from South Korea, 2 from Japan and 1 from Singapore). There was  no eligible research of DACPR in any of the countries in Africa and South America. 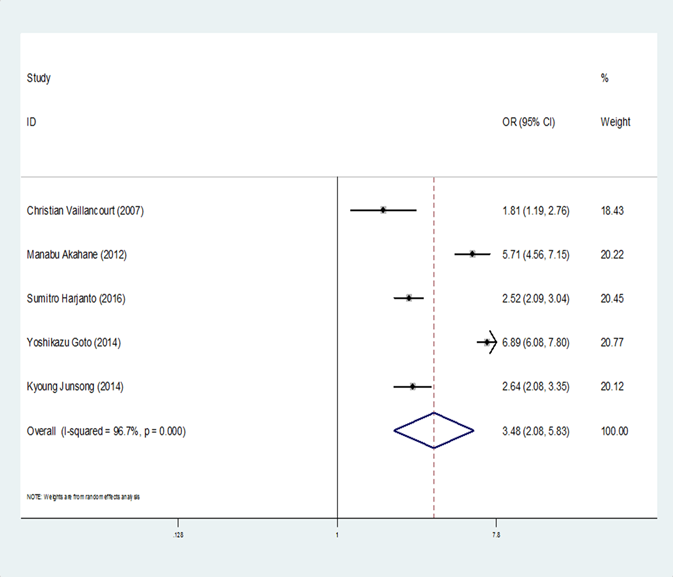 Figure 2: The forest plot of  BCPR rate of DACPR compared with In BCPR

To assess the stability of the results, sensitivity analysis was conducted by excluding each study sequentially. And the results showed that no study obviously affected  the pooled OR, which indicated that the results of meta-analyses were stable. There was no evidence of publication bias according to Begg’s test and Egger’s test.

Dispatcher assistance in CPR instructions for OHCAs was not a novel concept. The provision for CPR instructions by the EMS dispatcher was first conceived in 1970s. Our study found that there was significant difference in rate of BCPR between the DACPR group and the independent BCPR group, and DACPR was associated with statistically increased rate of BCPR. Meanwhile there was a significant advantage in survival rate for the DACPR group when compared with no BCPR group. DACPR was found to be effective in getting previously untrained persons to initiate CPR and also in increasing rates of bystander CPR in early stages of its implementation [9]. Dispatchers are able to identify CA as well as the necessity to initiate CPR and this has been shown to be directly related to positive mortality outcomes [15].

While the application of EMS system has not been popularized all over the world, our analysis found DACPR and independent BCPR were significant associated with improved survival when compared with no BCPR group in Asians and Caucasians. The  systematic review published in 2010 found that the percentage of VF and survival to discharge rates in Asia were lower (11% and 2%, respectively) than those in Europe (35% and 9%, respectively), North America (28% and 6%, respectively), or Australia (40% and 11%, respectively) (P < 0.001, P < 0.001) [16]. However, we found there was similar results of survival rate in Asians (OR=1.54, 95%CI: 1.42-1.68)  and Caucasians (OR=1.41, 95%CI: 1.19-1.66) when DACPR group was compared with no BCPR group. The data in our study extracted from developed Asian countries with perfect EMS systems may result the high survival of OHCAs. But many developing countries and least developed countries have insufficient coverage of EMS systems and lack DACPR studies in Africa and South America, where people's health and medical environment still need to be expanded and improved.

Previous studies showed BCPR drastically increased the chances of survival in out-of-hospital settings [17, 18, 19]. A recent review and meta-analysis draw a conclusion that the provision of DACPR compared with no DACPR was consistently associated with improved outcome across all analyses and comparison of DACPR to bystander CPR produced conflicting results [20].  Our result also showed there was no difference in survival of DACPR compared with independent BCPR. That may be explained by multiple factors. First, the barriers encountered in performing DACPR, such as language barrier, unwillingness of the bystander, limitation of the location, etc. may lead to delay to initial CPR and negative effect in survival. Second, there is also the difference in the quality of CPR when dispatchers provide instruction on how to perform CPR, even for someone performing CPR for the first time [12]. The quality of BCPR as well as the interval from collapse to CPR have been associated with survival in OHCA. Thus,  DACPR is theoretically as well as practically preferable to independent BCPR. Therefore, EMS systems should improve training dispatchers for assistance in CPR, people need to be continuously trained about basic medical knowledge and CPR with DACPR instruction so as to initial early BCPR in OHCA and improve survival rate.

It is also the case that, we have limitations in our analysis. First, there is no eligible research of dispatcher assistance for CPR in any of the countries in Africa and South America, Our data are based on 8 studies from a total of 552 articles in Caucasians and Asians. Therefore, the study does not reflect the  role of BCPR in OHCAs worldwide and we have missed the opportunity to present more complete data on outcomes by restricting eligibility to studies reporting BCPR rate or the survival of DACPR. Second, different countries and EMS systems with different dispatchers instruction protocol are included. Furthermore, they span a period of 37 years and interventions of EMS have changed significantly. Third,  the studies which comprise this analysis are largely reports based on retrospective data (6/8). More prospective data collection should be done according to a standardized set of variables and outcome measures. This would enhance the quality of published data and permit comparison across varied settings.

In conclusion, DACPR was associated with a statistically increased rate of BCPR compared with Independent BCPR, meanwhile DACPR resulted in the greater survival rate as compared with no BCPR in OHCAs. DACPR should be a standard protocol for EMS systems worldwide and easy to be followed. It is important to emphasize that further studies need to be conducted to come to a definite conclusion regarding the effectiveness survival benefits of DACPR compared with Independent BCPR. It requires high quality prospective epidemiological studies to provide a sound footing for measures to improve outcomes in this most critical of populations.